The second edition of RAVE Residency took place in summer 2012, with the support of Vulcano. The artist in residence was Ivan Moudov. 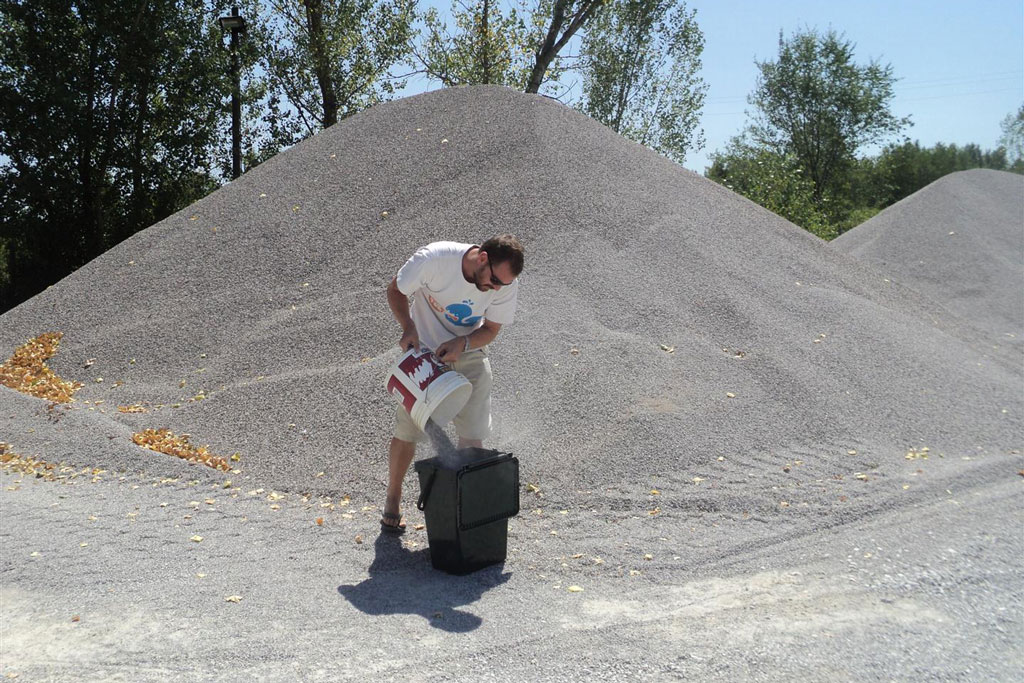 The second edition of RAVE Residency, the artist residency program created by Isabella Pers and Tiziana Pers with the collaboration of Giovanni Marta, was held in summer 2012. The resident artist was Ivan Moudov (Sofia, 1975). During the days of the residency, Ivan Moudov created a new work, dug holes in the ground, weighed stones, spent a day with some young Friulano artists, (Matteo Verazzi, Caterina Shanta, Sabina Romanin, Laura Di Bidino) and visiting artists from the Pistoletto Foundation (Marta Romani, Karl Logge) and discussed their projects. 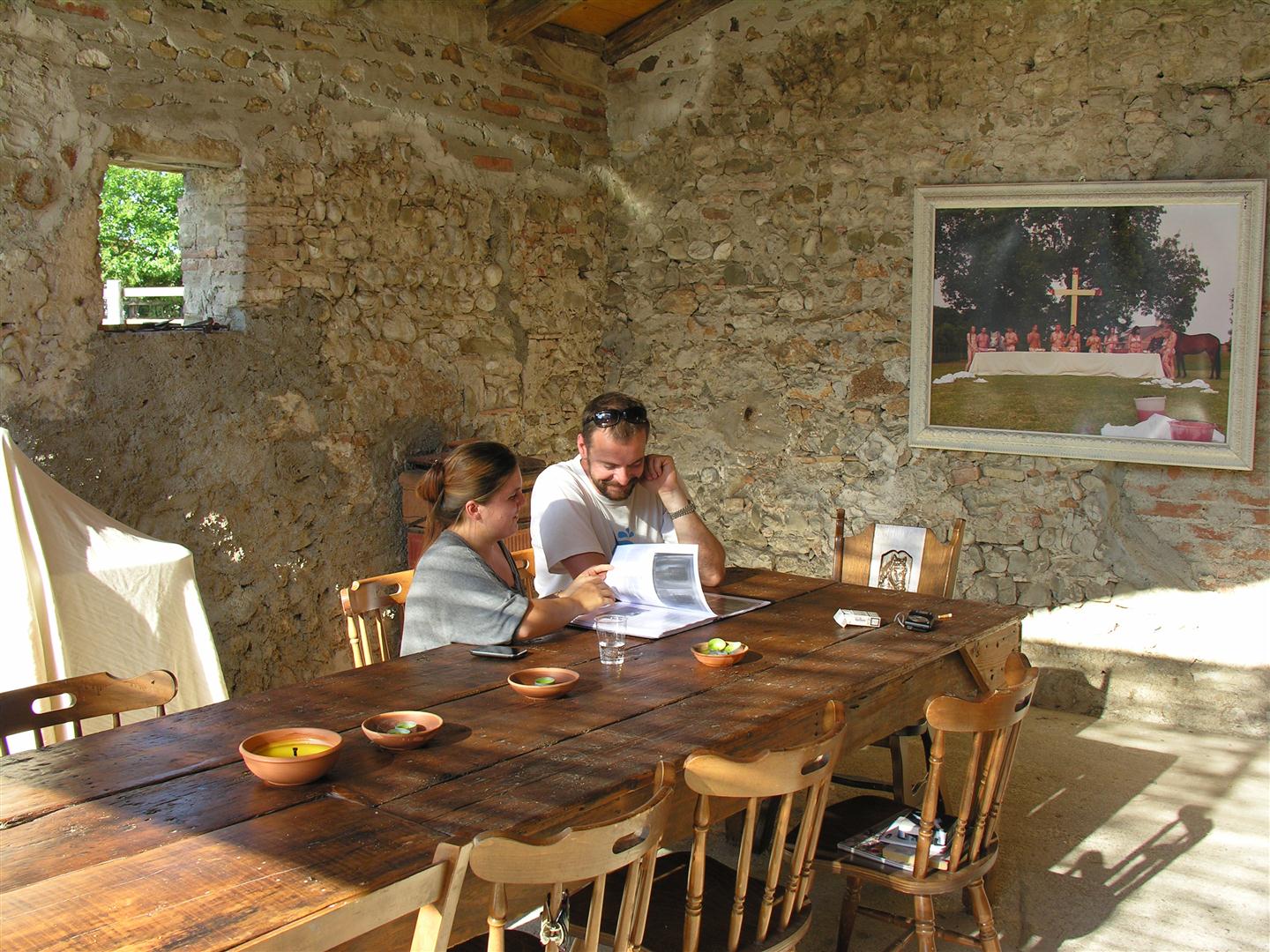 Ivan Moudov’s stay in Trivignano Udinese was marked by work in the farmhouse alongside meetings and opportunities for dialogue with institutions, organizations and young artists, as well as long nights of conversation and partying. A number of talks were also organized to present the artist: in Trieste on the 9th of August Moudov took part in “Videospritz. Incontri internazionali con la video arte”, at Studio Tommaseo, Trieste Contemporanea. 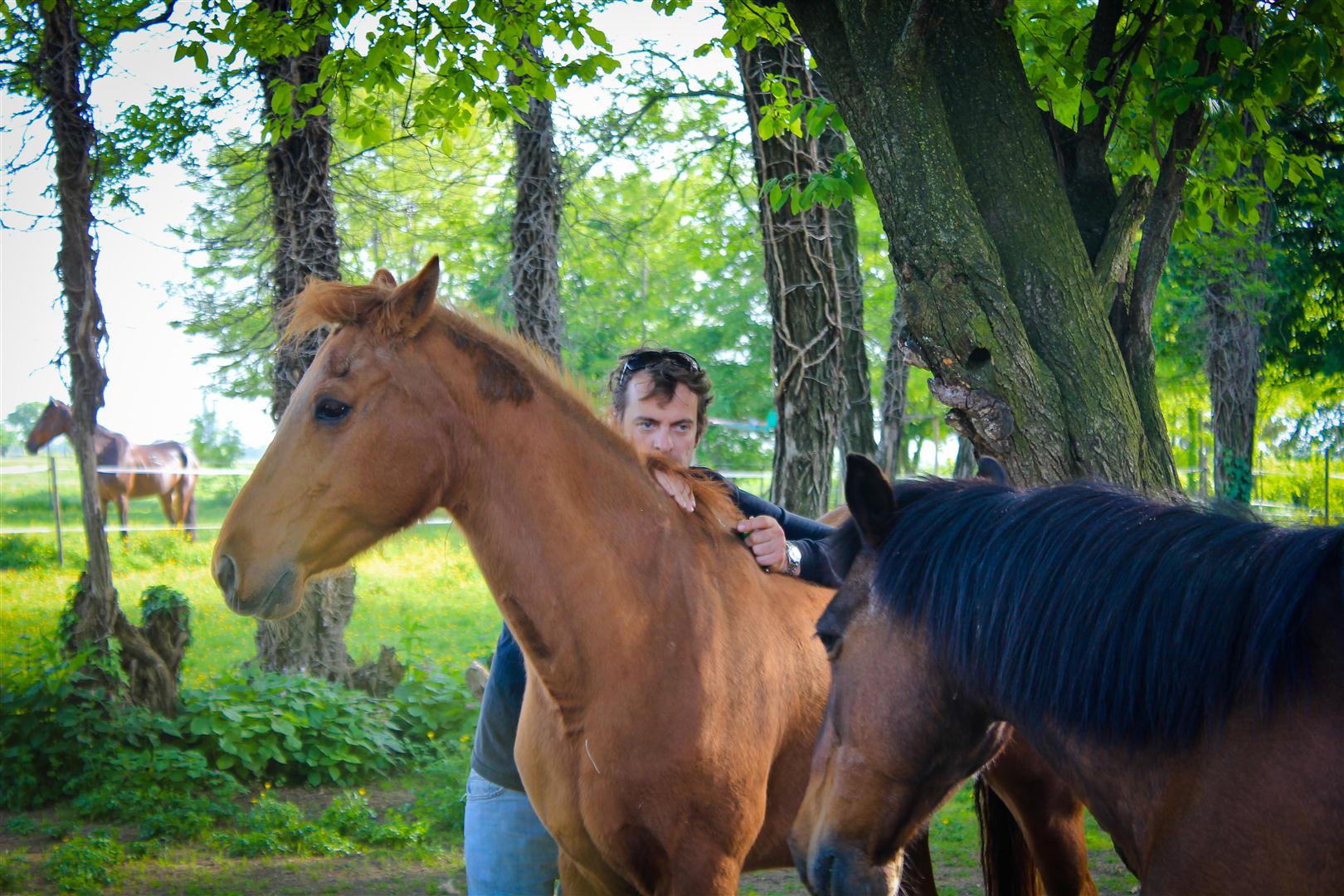 On the 10th of August there was the presentation of the two volumes on the 2011 RAVE residency, and of Moudov’s work at the Sala del Castello in Udine, Civici Musei di Udine. This was held with the participation of Vania Gransinigh, conservator at the city’s Civici Musei, the Assessore del Comune di Udine Enrico D’Este and of the mayor of Trivignano Roberto Fedele. On the 11th of August, the symposium “La notte del dialogo” was held in the farmhouse in Trivignano Udinese, where the “responsibility of art” was discussed throughout the night.

A week before the opening of Ivan Moudov’s exhibition Stones, on Saturday 4th May 2013, Casa Cavazzini in Udine was the stage for the performance “Braccia rubate all’informatica” with the participation of two IT companies. The digital consultants left behind their computers for a day and worked side by side with the artist to create the work he had planned during the summer at RAVE residency. 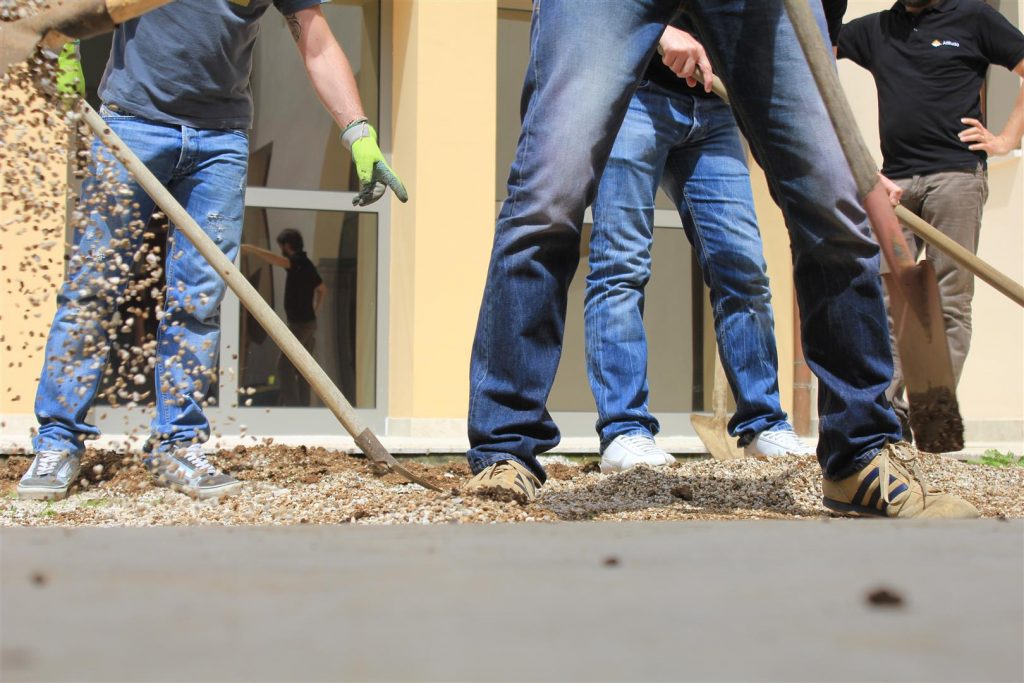 The set was the inner courtyard of the Casa Cavazzini, the new museum of modern and contemporary art in Udine where the participants, under the guide of the Bulgarian artist, launched with shovels and other tools a collective action of excavation, the prelude to an original project ideated by Moudov. The artwork, titled Stones, gave the name to the exhibition that inaugurated on the 11 May 2013 the new project room at Casa Cavazzini that, in this way, opened up with determination to the contemporary experimentation. An ironic and challenging artwork for an institution that wants to destabilize the perception and the balance of the spectator. 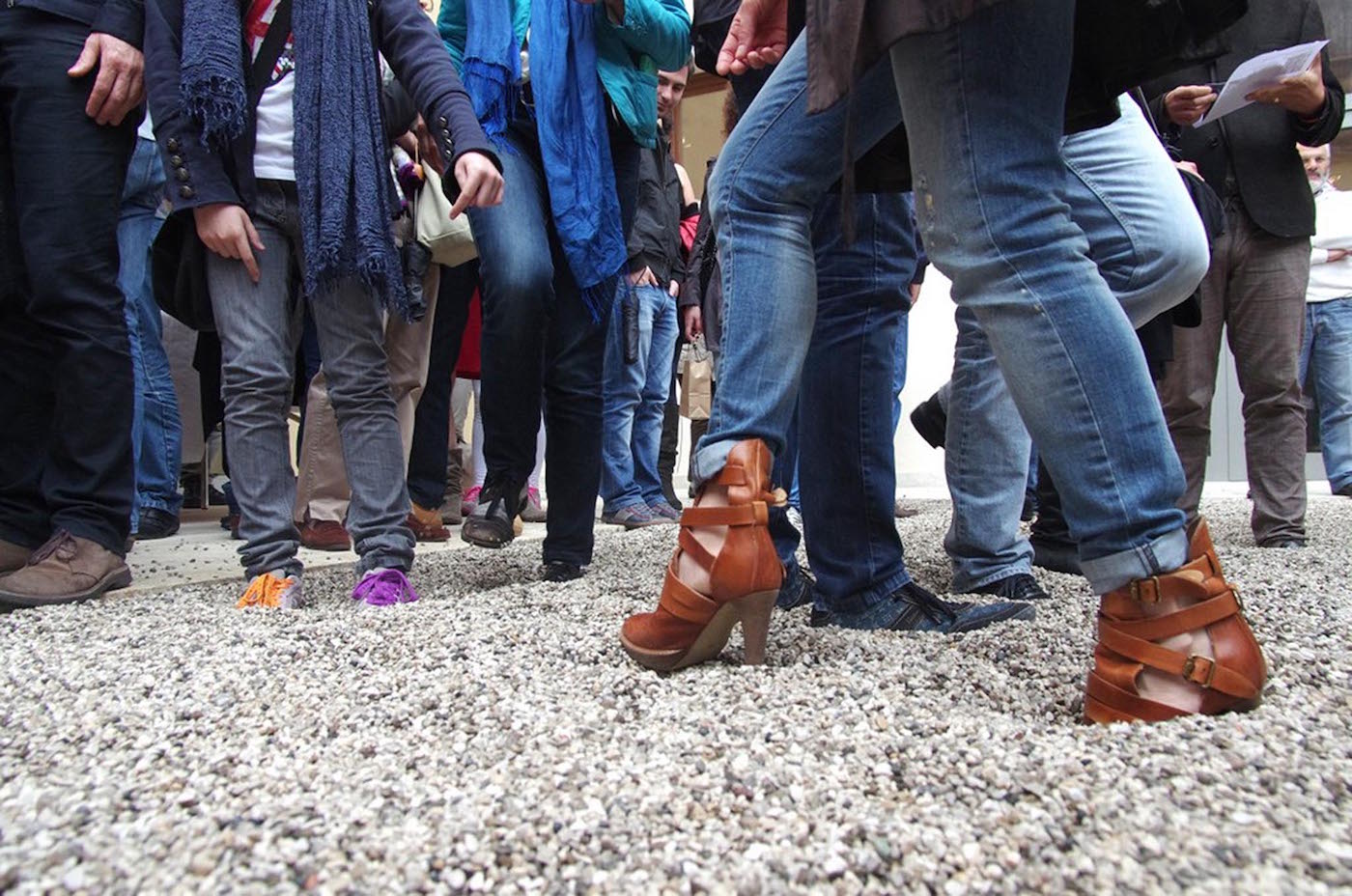 The exhibition, produced by Vulcano, showed a dozen works made by the artist in the last years as well as site-specific installations created for the museum.

The story of the residency and the catalog of the exhibition have been recorded in a bilingual publication.