Vulcano was the main partner of the fourth edition of RAVE EAST VILLAGE ARTIST RESIDENCY, the art project that takes place in the Friuli countryside and has the pleasure to host each spring an artist with an international profile so that he can conduct his own research in a specific context. 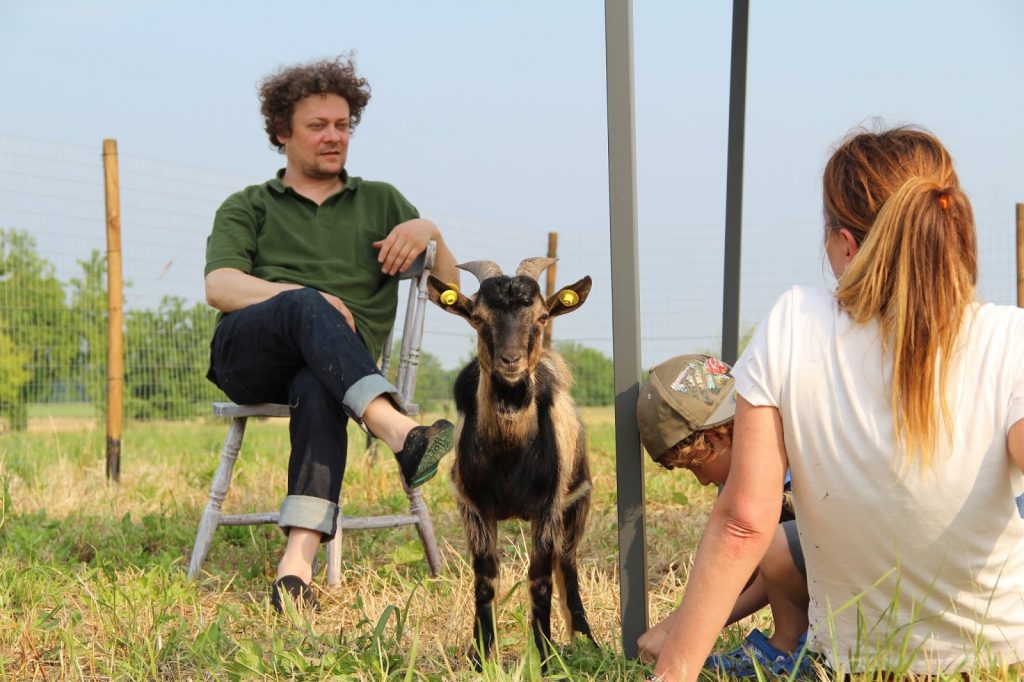 The 2015 guest artist was Diego Perrone, one of the most significant in the national and international scene. He has exhibited his works in many of the major museums in the world, including the MAXXI in Rome, Museion in Bolzano, the Guggenheim in New York and the Centre Pompidou in Paris. His research follows the line between dream dimension and tangible reality, between what actually exists and what exists only as a possibility. His work reinterprets the themes of popular culture and reinvents traditional icons, recalling what is “behind” the ordinary, with an effort to understand and acquire the mind processes that have seemingly no concreteness or representation. He took part at the 53rd Venice Biennale – The Encyclopedic Palace, curated by Massimiliano Gioni, the 4th Berlin Biennale for Contemporary Art, the 11th Triennale India, Lalit Kala Akademi, New Delhi, the Moscow Biennale of Contemporary Art in 2005, Moscow, and the 50th Venice Biennale – the Zone, always curated by Massimiliano Gioni. 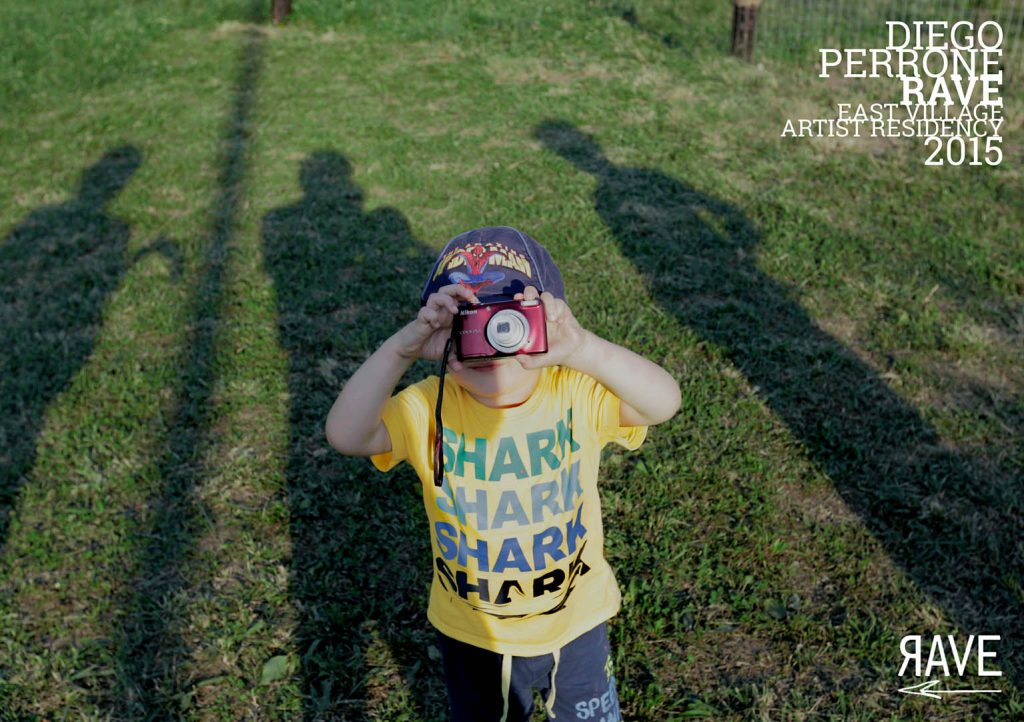 Perrone, as the artists who preceded him in the past editions – Adrian Paci who in 2011/2012 made the video Inside the Circle, Ivan Moudov with the installation of 2013 Stones, and Regina José Galindo in 2014 who realized the performance La oveja  negra – was invited to think about a new project to open a glimpse into the biocentric perspective, that came to life during the period of stay in Friuli. And this is indeed the underlying concept of the RAVE project which promotes research, production, dialogue and dissemination of contemporary art, emphasizing in this context the anti-specistic thought through innovative and experimental art projects. 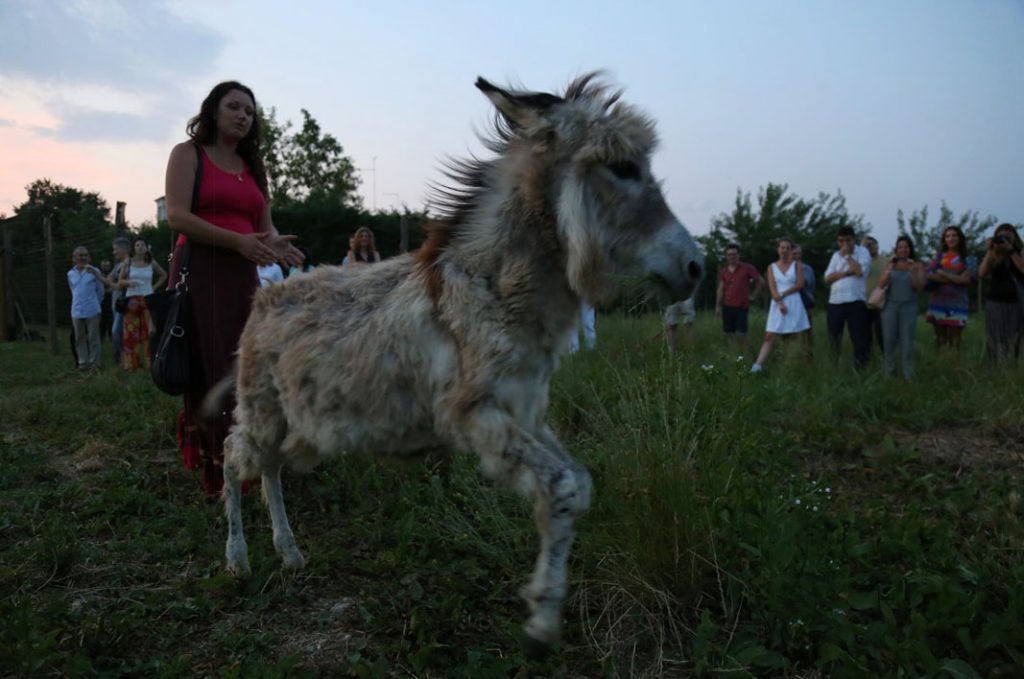 The Residence takes place in a place where animals live thanks to the actions of the artist Tiziana Pers. They were saved from the slaughterhouse and taken out of the consumerist mechanism to be welcomed and cared in a more natural context. This year the residency took place in the historic village of Soleschiano, in Manzano, near Udine. The old stable of the farmhouse became alive with meetings and workshops, while in the surrounding meadows a donkey and a dwarf goat, the two saved nonhuman protagonists, lived.
Perrone and all the other guests – artists, art critics, philosophers, journalists, architects, and volunteers – related to the animals in order to offer a different perspective on the dialogue between art and culture and the bio-centric thought. 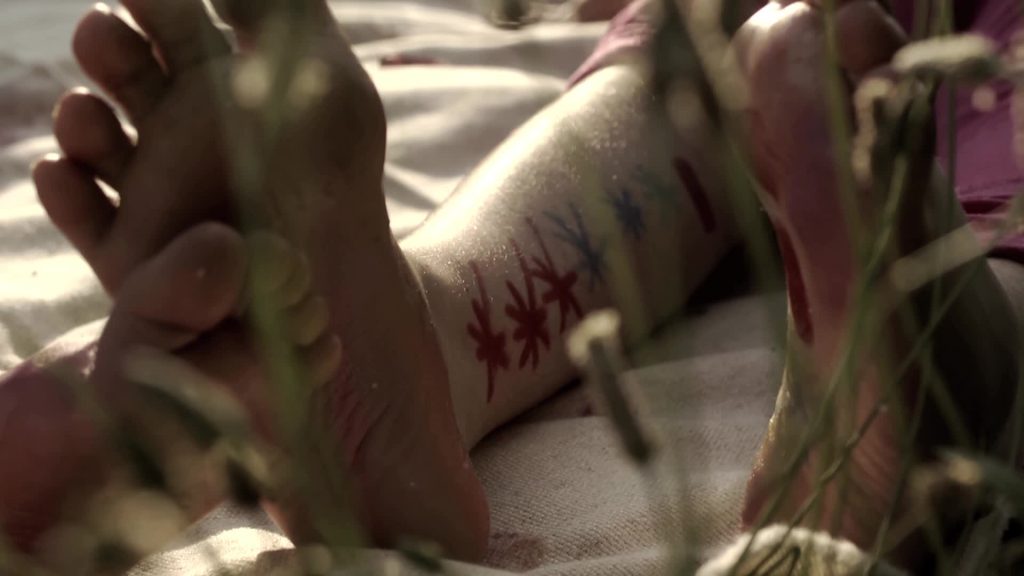 With all the material collected during RAVE 2014/2015, the artist produced the video artwork titled ‘Piedi’.