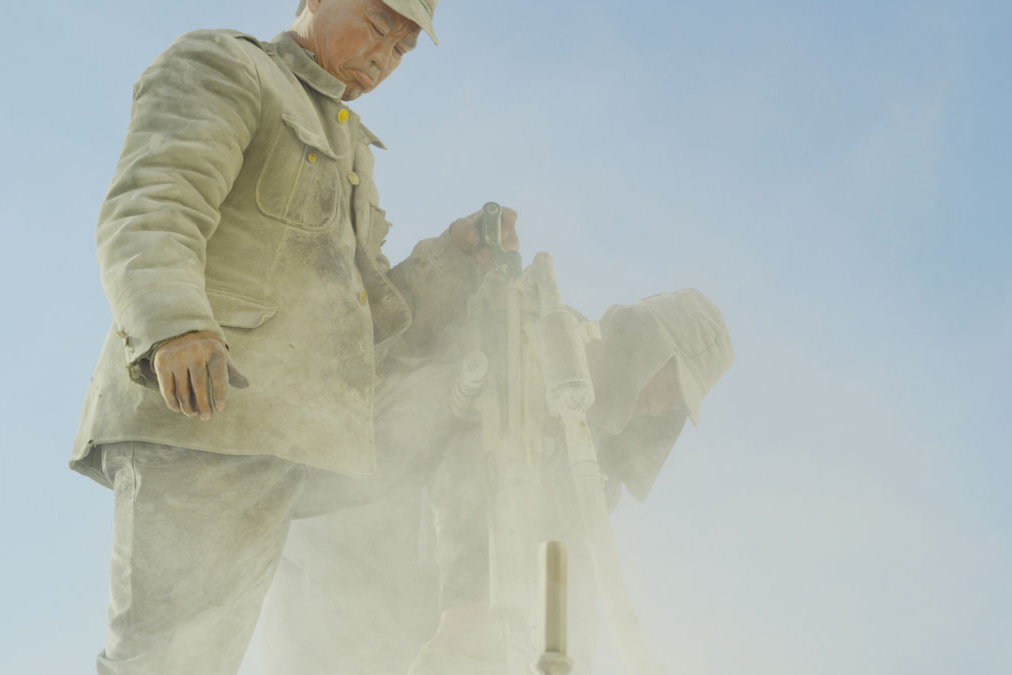 The exhibition, curated by Paola Nicolin and Alessandro Rabottini, presented a selection of the artist works, from the mid-nineties to his most recent creations, in an itinerary that recounted the variety of languages – videos, photography, paintings, installations, drawings, sculptures – that Adrian Paci uses in his art. He creates poetic and challenging visions of political and human transformations, exploring the universal themes of loss, the movement of people in space and time and the search for a human and geographical elsewhere. 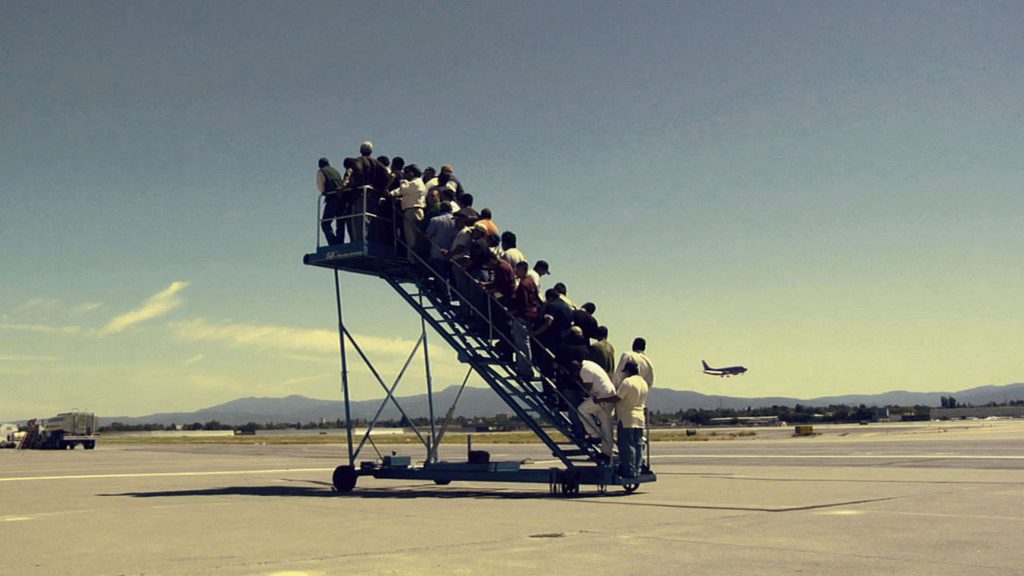 The title Vite in transito (Lives in Transit) is a reference to the most important artistic themes of Paci’s work: the human figure plays a central role and becomes a source of narrative, imagination and hope, along with the reason for constant movement, both of peoples through geopolitical borders as well as that of personal memory. In this universe of meanings, the stories and characters of the protagonists come to life in the videos: from the silent unemployed in Turn On (2004), the men trooping towards a plane ready to take off in. 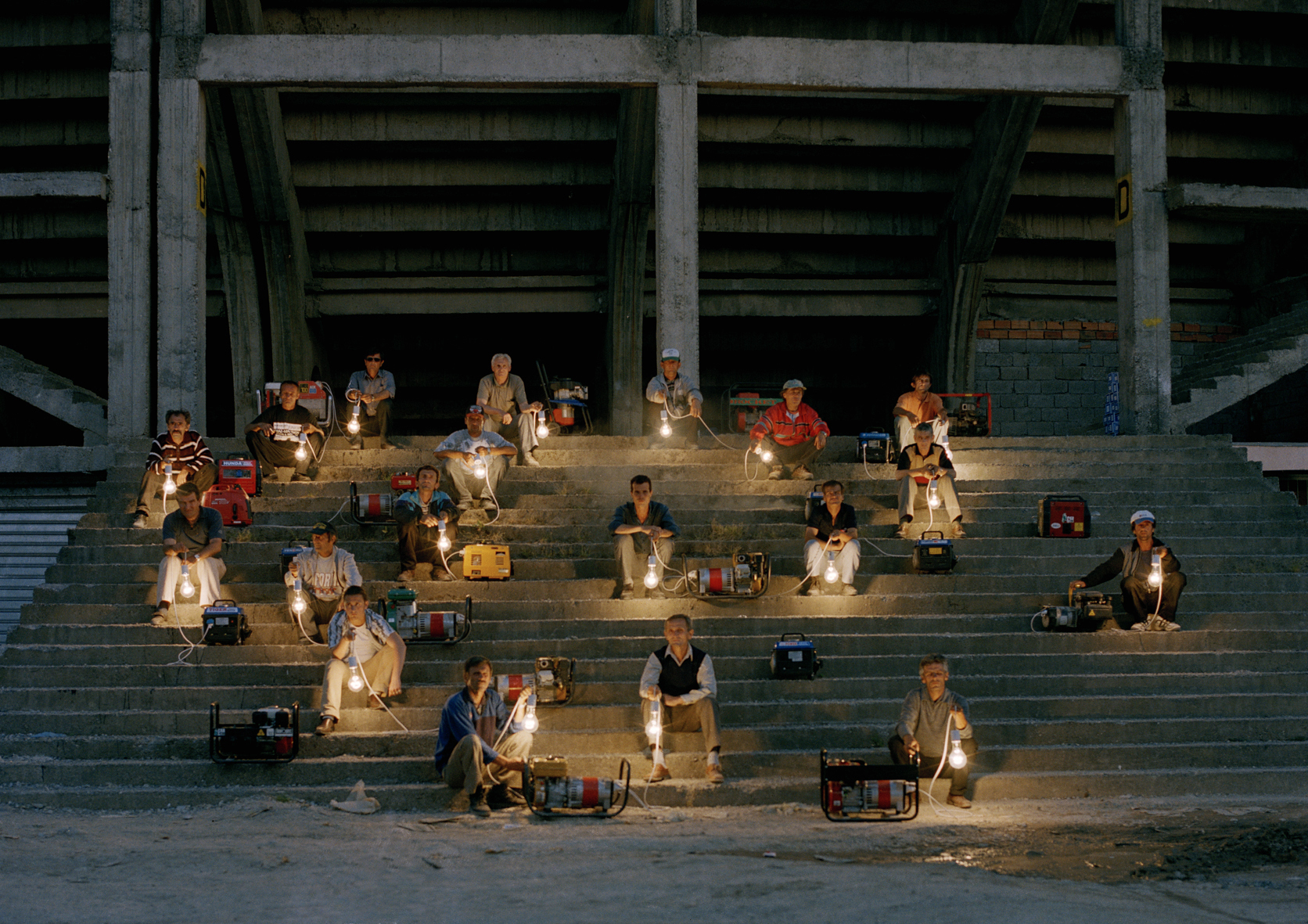 In this universe of meanings the stories and characters of the protagonists come to life in the videos: from the silent unemployed in Turn On (2004), the men trooping towards a plane ready to take off in Centro di Permanenza Temporanea (Temporary detention centre) (2007), the ecstatic faces of the faithful gathered before the sacred icon of pilgrIMAGE (2005), the lamentations of the mourner who celebrates the passage from death to life in Vajtojca (2002), the symbiosis between man and animal in Inside the Circle (2011) up to the artist himself who comes into contact with the public, shaking hands one by one with those present, in The Encounter (2011).

Vulcano offered a new way to approach the issue of Human Resources, linking the points of view of Information Technology, Art and philosophy. 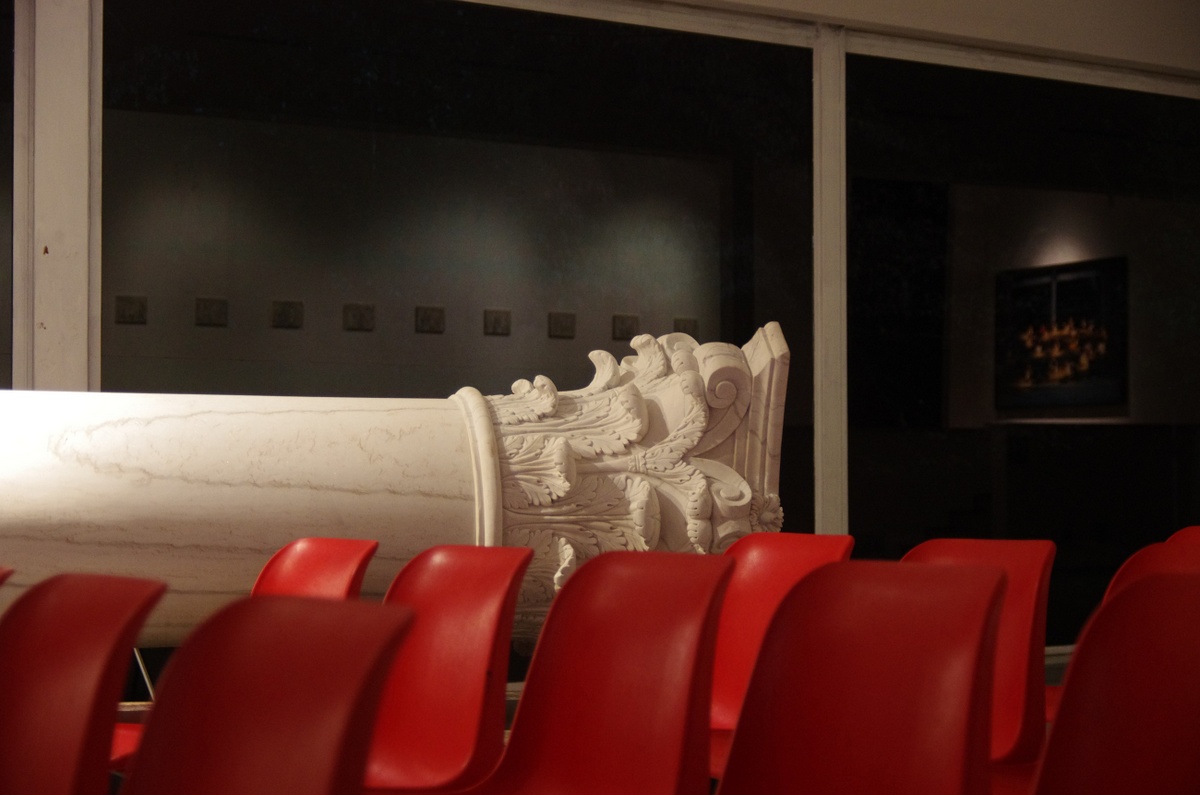 On 26th November 2013, at Padiglione d’Arte Contemporanea in Milan, the philosopher Umberto Galimberti held an interesting debate in front of an audience of three hundred people. The lecture was attended by HR Director of the major Italian companies and people interested in general in the world of contemporary art and culture. Frame of the meeting was the exhibition Lives in Transit. Adrian Paci, realized with the support of Vulcano.

During the debate, issues related to business world, technology and technique — according to Galimberti the characteristic trait of our society —were discussed in direct comparison with the point of view of philosophy and art.