RAVE Residency, created by Isabella Pers and Tiziana Pers with the collaboration of Giovanni Marta, is an artist residency program in the heart of the Friulano countryside. It welcomes an internationally renowned artist, inviting him/her to envisage and develop a research project in relation to this specific context, in the land and territory that Pasolini loved so much. RAVE is the only residency dealing with the role and responsibility of contemporary art in relation to the otherness represented by animals, and more generally with the need to rethink ourselves and our world through biocentrism. 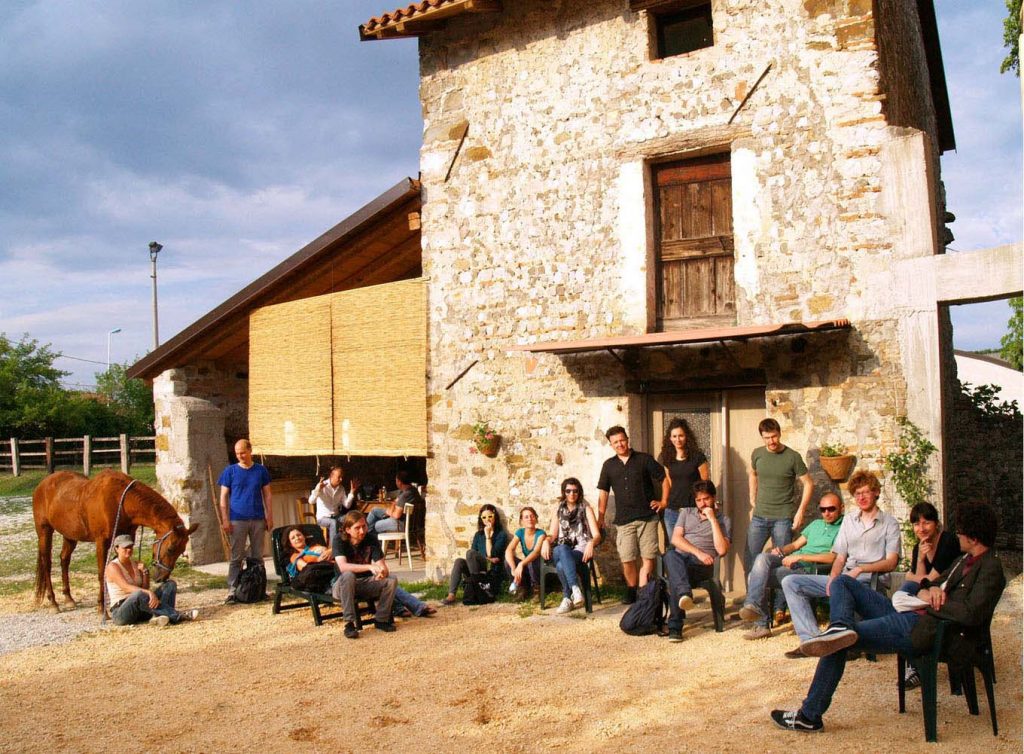 Furthermore, it supports contemporary artistic research, production, dialogue and diffusion, promoting non-specist thinking in an original and innovative art project. The residency takes place in a farmhouse inhabited by many animals that were saved from the slaughterhouse through Tiziana Pers’ artistic performances. They have been saved from consumer mechanisms and are now hosted and cared for in a natural environment thanks to a non-profit voluntary association. This aspect gives the place a unique, authentic atmosphere where it is possible to freely interact with the physical environment. 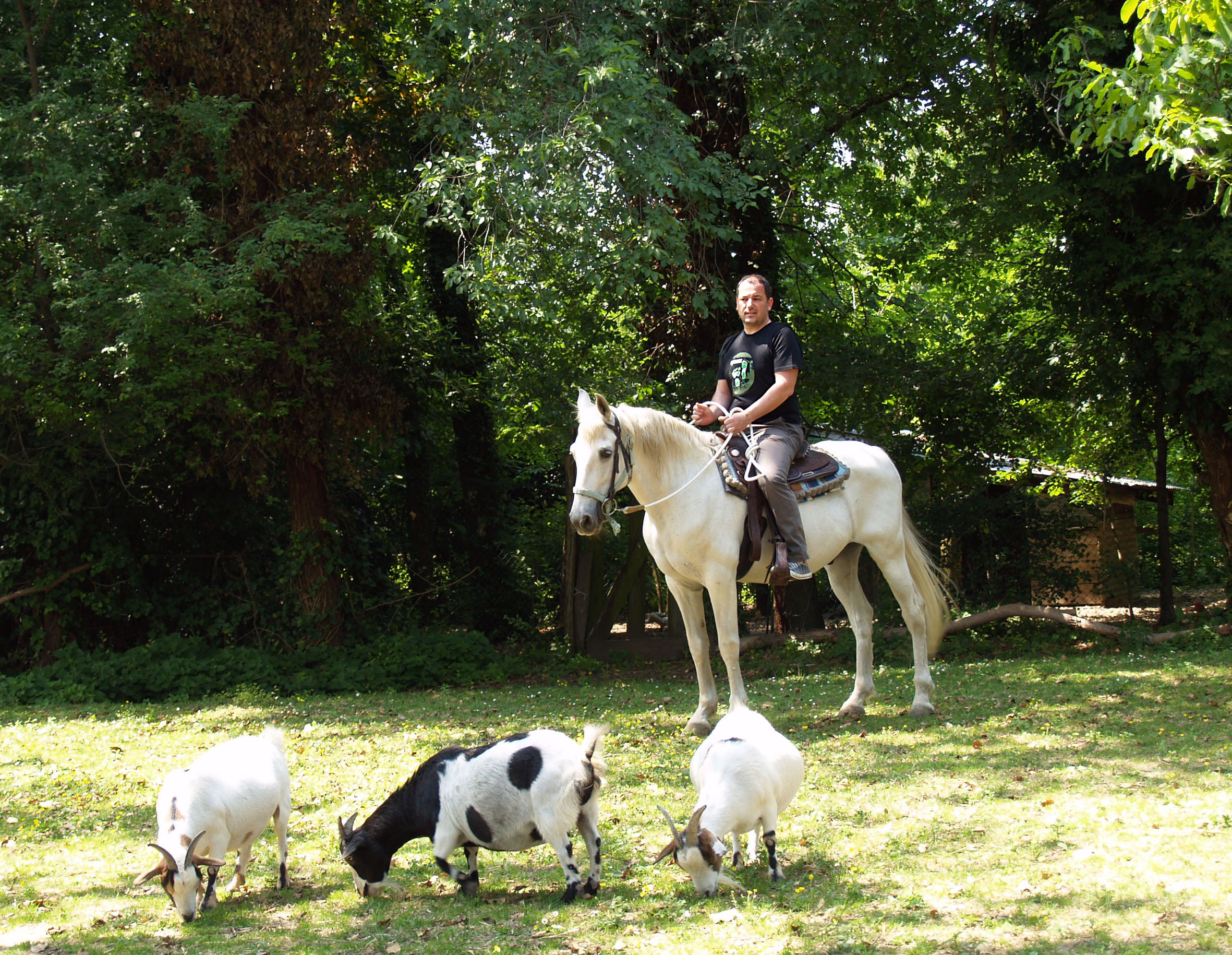 RAVE began its adventure in the summer of 2011, and it was the first production of Vulcano. In this first edition the resident artist was Adrian Paci. During his stay in Friuli, the artist developed and then produced the video Inside the Circle, inspired by the theme of ‘naturalness’. 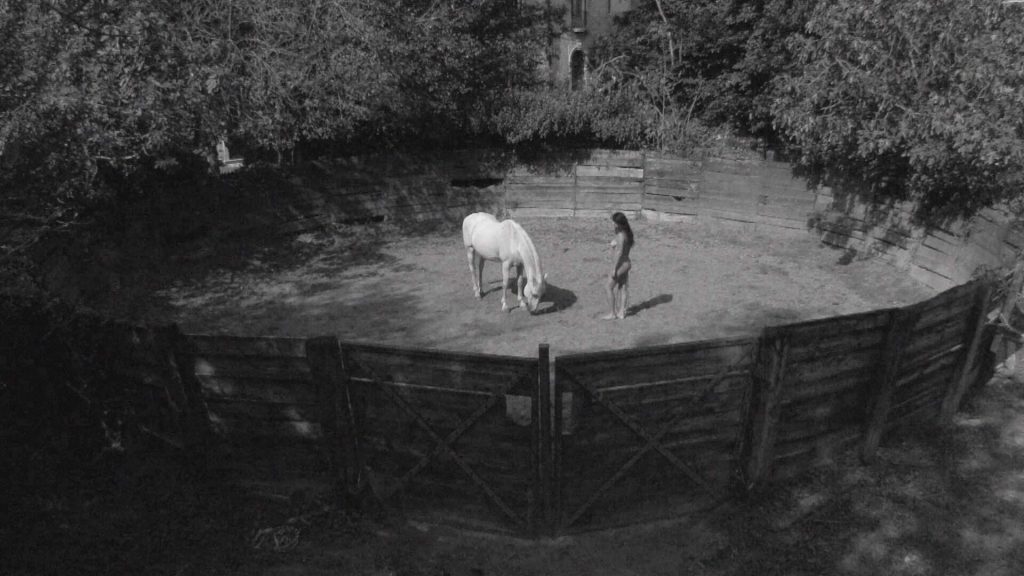 Adrian Paci’s black and white film Inside the Circle is set in a training corral in the Rave farmhouse. It explores the complex dynamics between people, animals and nature. These are examined through the interaction between a horse and a young woman, with elements introduced to bring the work into a dimension where space and time are suspended. The video features the artist Tiziana Pers and the horse Tor De Chirincito, saved by the artist in the summer of 2009. In a New York Times review, Ken Johnson wrote about this work: “[…] Human time dances with animal time.” 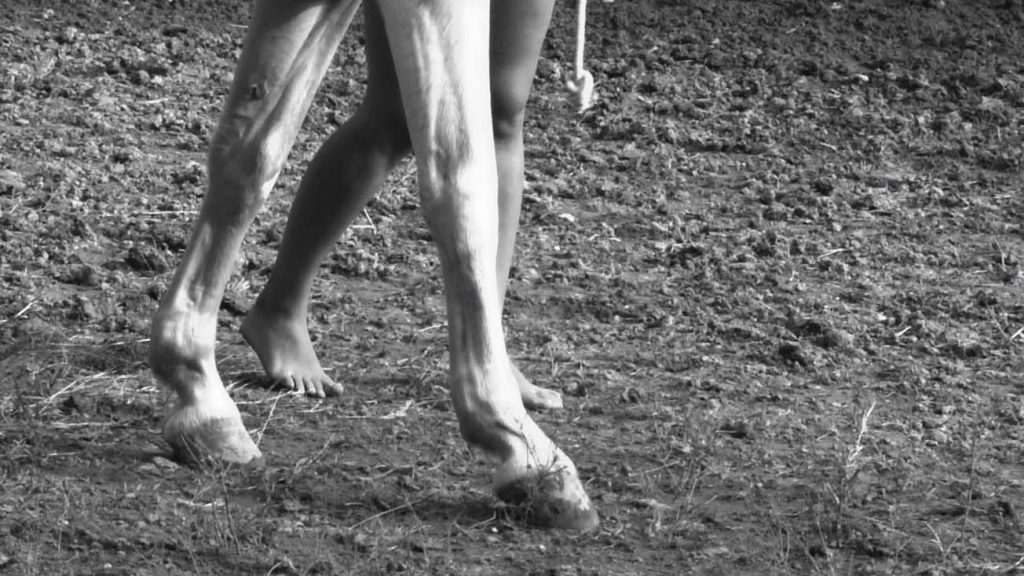 In 2012 Inside the Circle was presented in New York during the exhibition 4films at the Peter Blum Gallery, then in Trieste for its European premiere at Studio Tommaseo during the festivalVideospritz, incontri con la video arte, curated by Trieste Contemporanea as well as at Live from Pristina, the first major exhibition held at the National Gallery of Kossovo, curated by Angela Vettese. In 2013 it was shown at the Galerie Nationale du Jeu de Paume in Paris, in the large retrospective show Adrian Paci: Lives In Transit, open to the public until 12 may 2013, and selected in the Wall Street Journal’s listings as a “Don’t Miss” event. 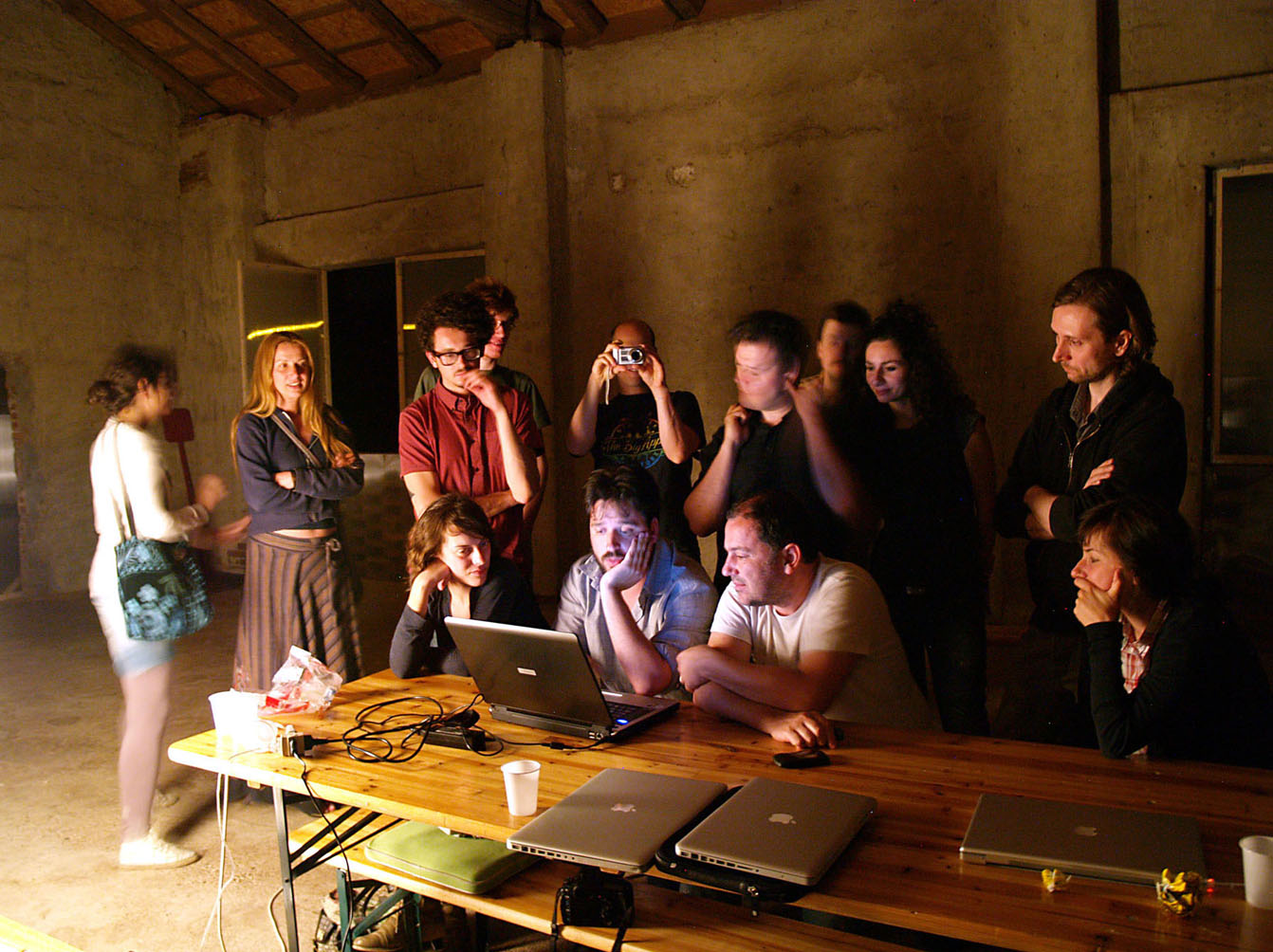 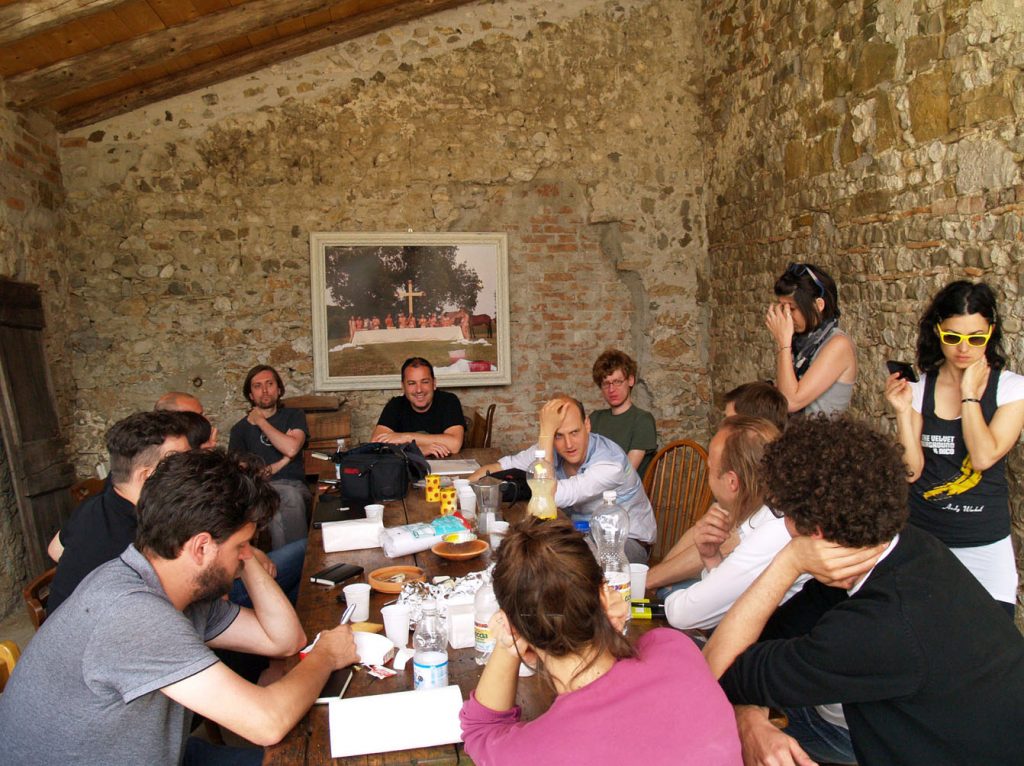 The main theme of the workshop was the changing of natural and urban spaces related to culture and social habits. The works produced during the workshop were exhibited in the exhibition Condensation, held in the historic village of Clauiano (24th September to 16th October 2011). The exhibition was accompanied by the publication of a catalog.